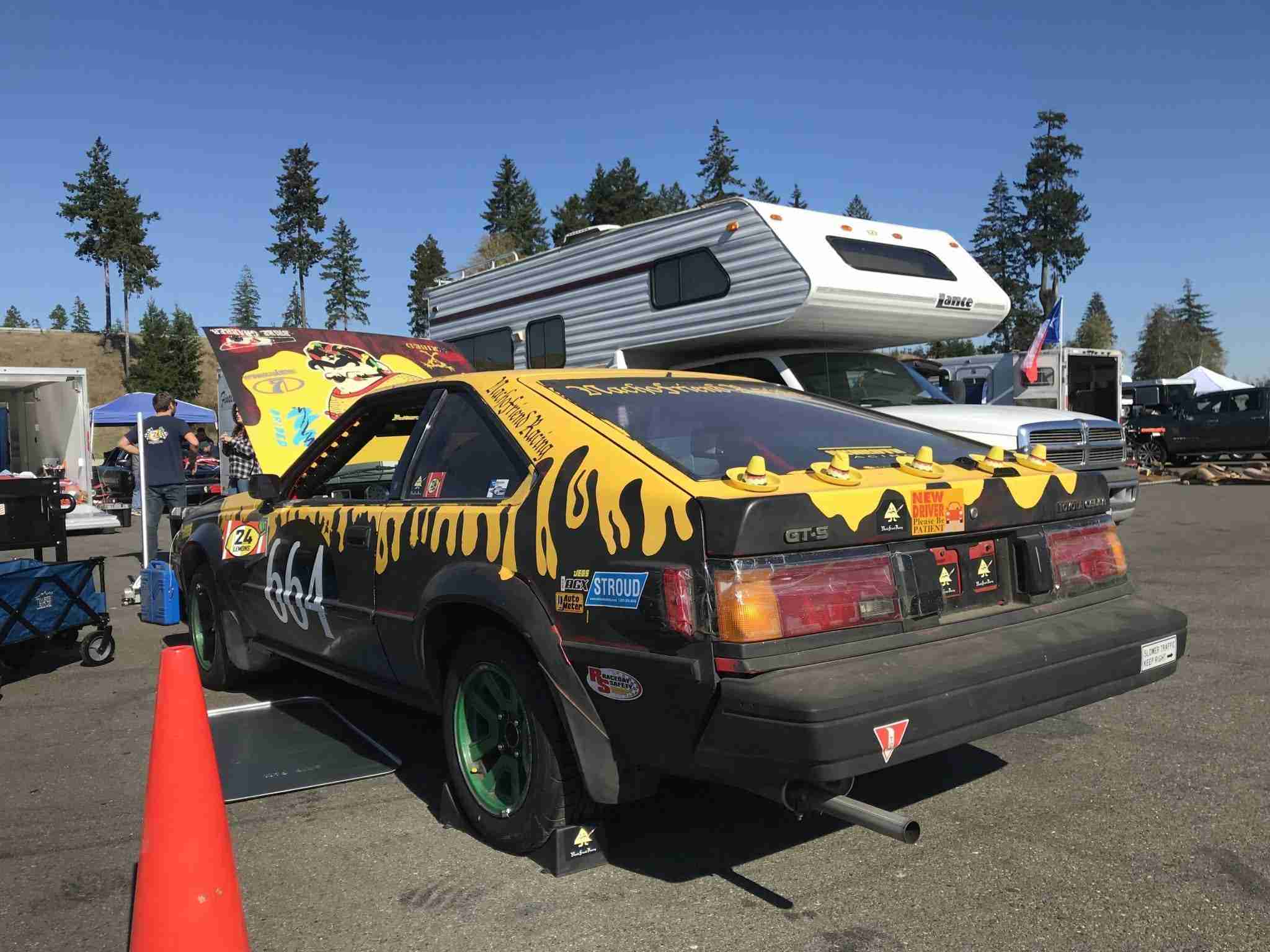 With five races under our belt, NachoFriend Racing decided to enter the 24 Hours of LeMons “Smell Like AMC Spirit” race in Shelton Washington. Our vehicle of choice was still our 1985 Toyota Celica GT-S which has proved so reliable over the two-plus years we’ve raced it. Our team members, as usual, were me, Max (our 28 year old), Nash (19 year old), Brandon and Andrew (friends of Max and Nash) were the drivers, with my wife, Brandon’s wife and Max’s fiancé providing support.

We limited improvements to the car to new spark plug wires, spark plugs, and tires. I topped off the differential fluid, Nash changed the oil and we mounted new Azenis RT615K+ tires (195/60R14) to the stock Celica wheels. The stock 22RE engine idled smoothly and quietly and started up with just a few revolutions. We went through our safety checklist and declared the car ready to race.

LeMons Fridays are for tech inspection, inspection of driving gear, acquiring the rental transponder and class assignment. The Celica arrived at the track the night before, ready to inspect, so we weren’t concerned about passing. This went as expected. LeMons judges can be bribed for influence on whether a team is assigned penalty laps, so we prepared a basket of pumpkin spice liqueurs and beer (this was a pre-Halloween race). We threw in a few of our sweatshirts for good measure, and were happy to be assigned C class with no penalty laps.

Our team dinner at a local Mexican restaurant whose name escapes me was delicious. I believe it was named after a city in Mexico, but I could be wrong. My wife and I headed back to our casino/hotel and realized that Shelton had little to offer outside of racing and a Mexican restaurant. We did find a spot at the lobby bar where we people-watched.

I was first on the track the next morning. Lapping the track before the green flag dropped, I noticed the car had a bit more pep. Perhaps the spark plug wires? The cool Fall air? The brakes always take me a while to get used to. The pedal feels spongy and has quite a bit of travel. After about 5 laps, I adapted to it and found good approximate braking points. There were only 31 cars at this particular race, less than half than the typical field at this track. This meant I had plenty of room to apex corners instead of entering three cars wide. I ran clean, did not get black-flagged and encountered no yellow flags during my hour on the track.

The remainder of our drivers for day one did not avoid the black flag as well as I. Three of the next drivers put a wheel off the track and had to come in to talk to the judge. We lost quite a bit of time being talked to, but the car ran well and, other than those black flags, our drivers were consistently fast, lowering their lap times as the day wore on. Our last driver, Brandon, impressively ran his 90 minutes without incident and we ended the day 3rd place in class. This is obviously where our team belongs.

That night we dined at the main restaurant in the casino. The quality of the food was adequate. Air quality was sketchy. Gambling inspires people to smoke, apparently, and I’ve gotten use to the no-smoking rules prevalent in the establishments I usually frequent.

Sunday was another bright, sunny day. Brandon started the day, as his fast lap on Saturday was the fastest on the team. We continued to lower our fastest time as drivers cycled through the car. Late in the day, Nash recorded our fastest lap of the race during a stint that lasted over two hours. It lasted a little too long, unfortunately. Our team had worked our way up into first place with only one refueling stop left, when our NachoFriend Celica stopped circling the track. We watched and watched as the minutes rolled by. This is a stressful time. One doesn’t know whether the car crashed and rolled, has as blown out tire, or overheated.

We got eyes on the Celica when the flatbed truck turned the corner and drove down the hill leading to the exit. The car looked fine, so we were ready to get all mechanical on it. After loading the car into our paddock spot, Nash reported that the oil pressure had dropped and the car lost power. If any of you are wondering what happens when a 22RE runs out of gas, I can now tell you with a fair amount of confidence that it drops oil pressure and loses power.

Our next driver, Brandon, limped the car out onto the hot pit, we filled it with gas and Brandon proceeded to turn lap after lap of low times. Until the black flag came out because someone had forgot to replace the fuel cap on the car. The cap was somewhere on the track, no doubt having fallen off of the rear hatch. We were warned if we leaked fuel again, that would be the end of our day. Brandon decided that the cap from his Chevy van would fit just fine, so we ran the rest of the race using that Chevy part.

Our struggles with running out of gas and losing the cap dropped us to 3rd place in class and 11th overall. This was our third 3rd place finish in a row, and we are all getting a bit tired of that. There are ongoing discussions about actually trying to win our class at the next race. Eliminating black flags, speeding up fueling and driver changes and suspension improvements might put us over the top. Our next race will be at Thunderhill, which is a big track not really suited to the Celica’s horsepower-deprived engine, but it will be fun to experience a new track.

“Smells Like AMC Spirit” was a success for NachoFriend Racing. We drove some fast laps in great weather and the car came back healthy. It was good to get one local race in this year, as we missed the summer race in Shelton. 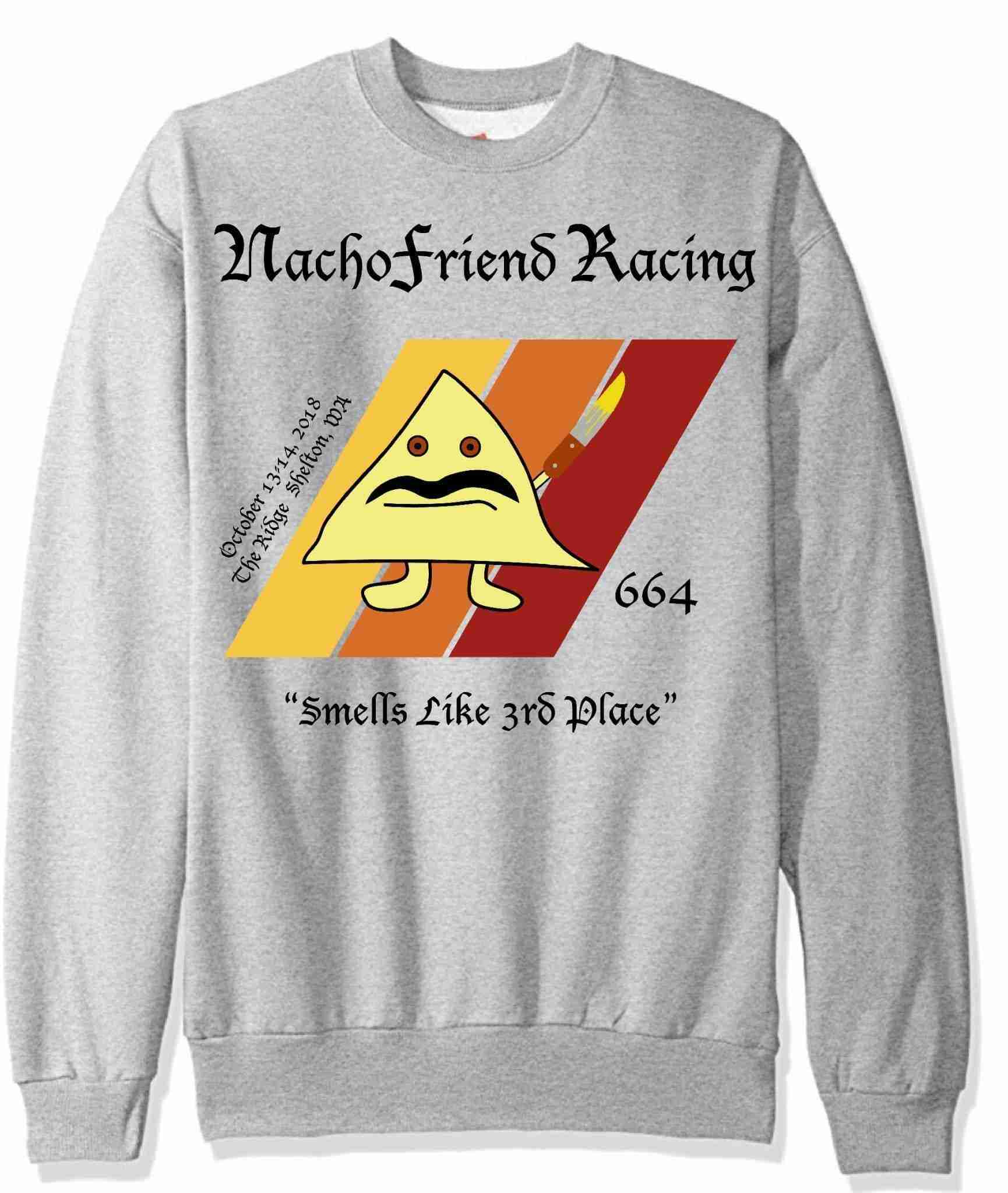 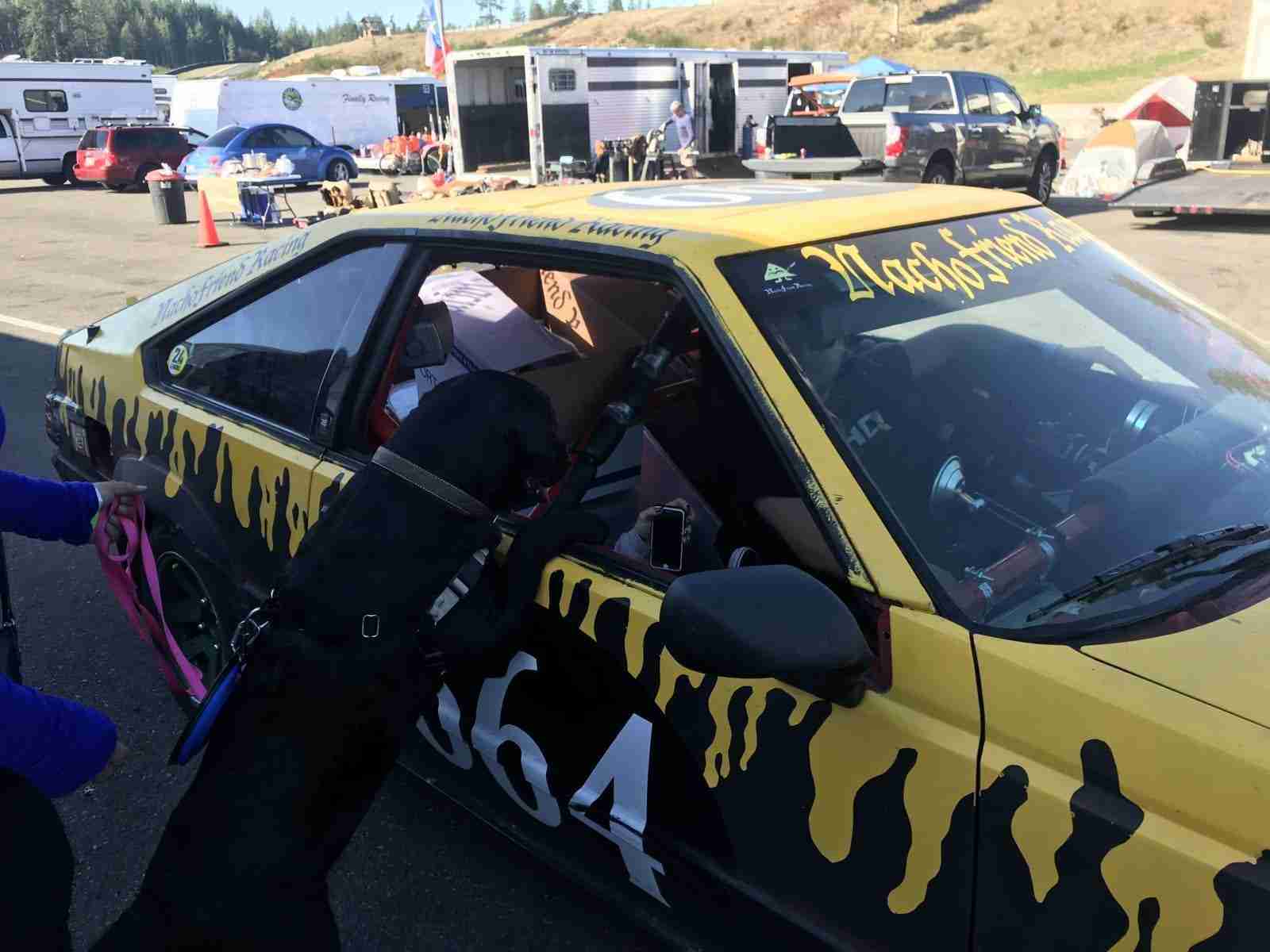 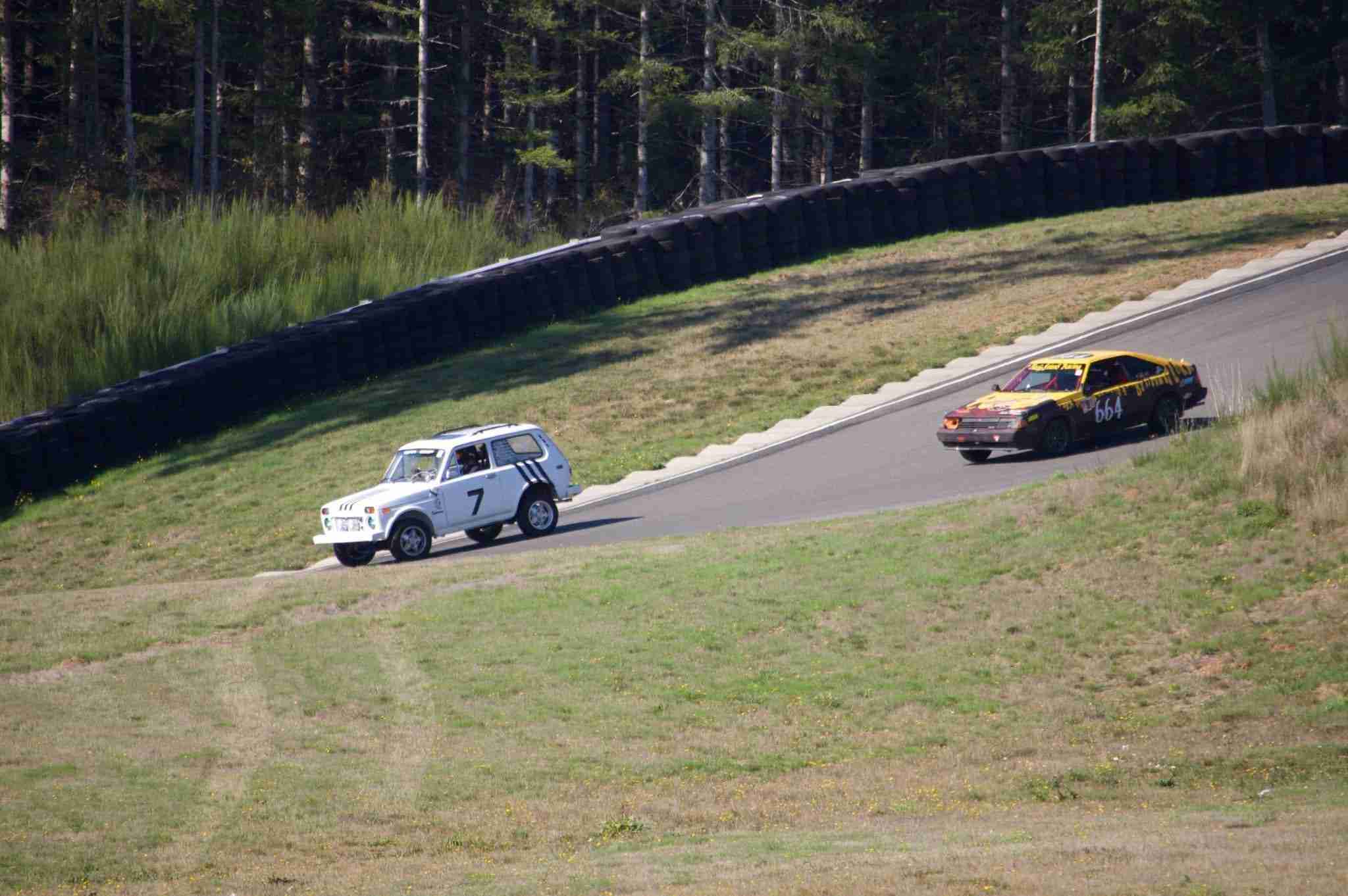 Reeling in the Russians. The Russians were REALLY slow. 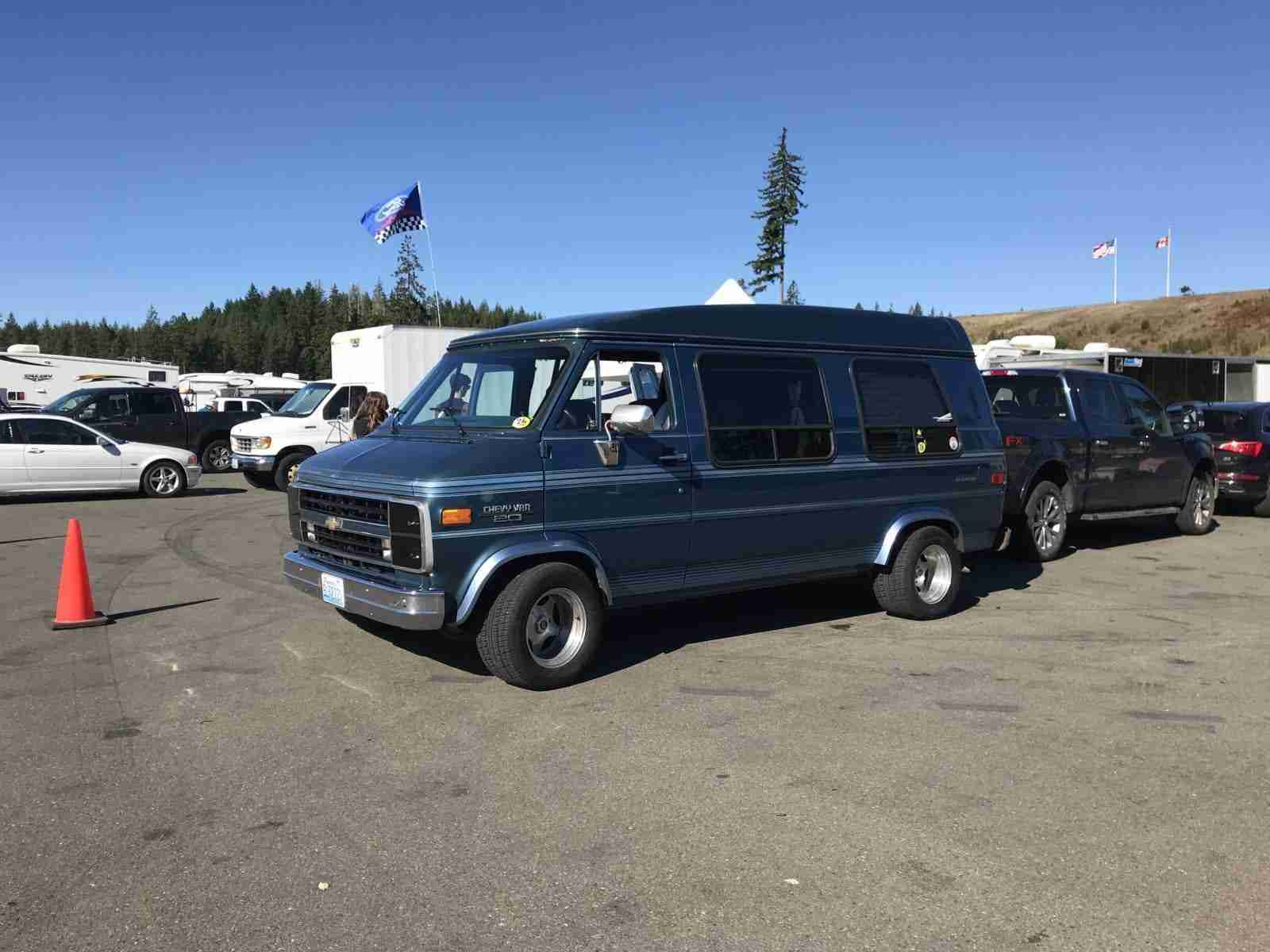 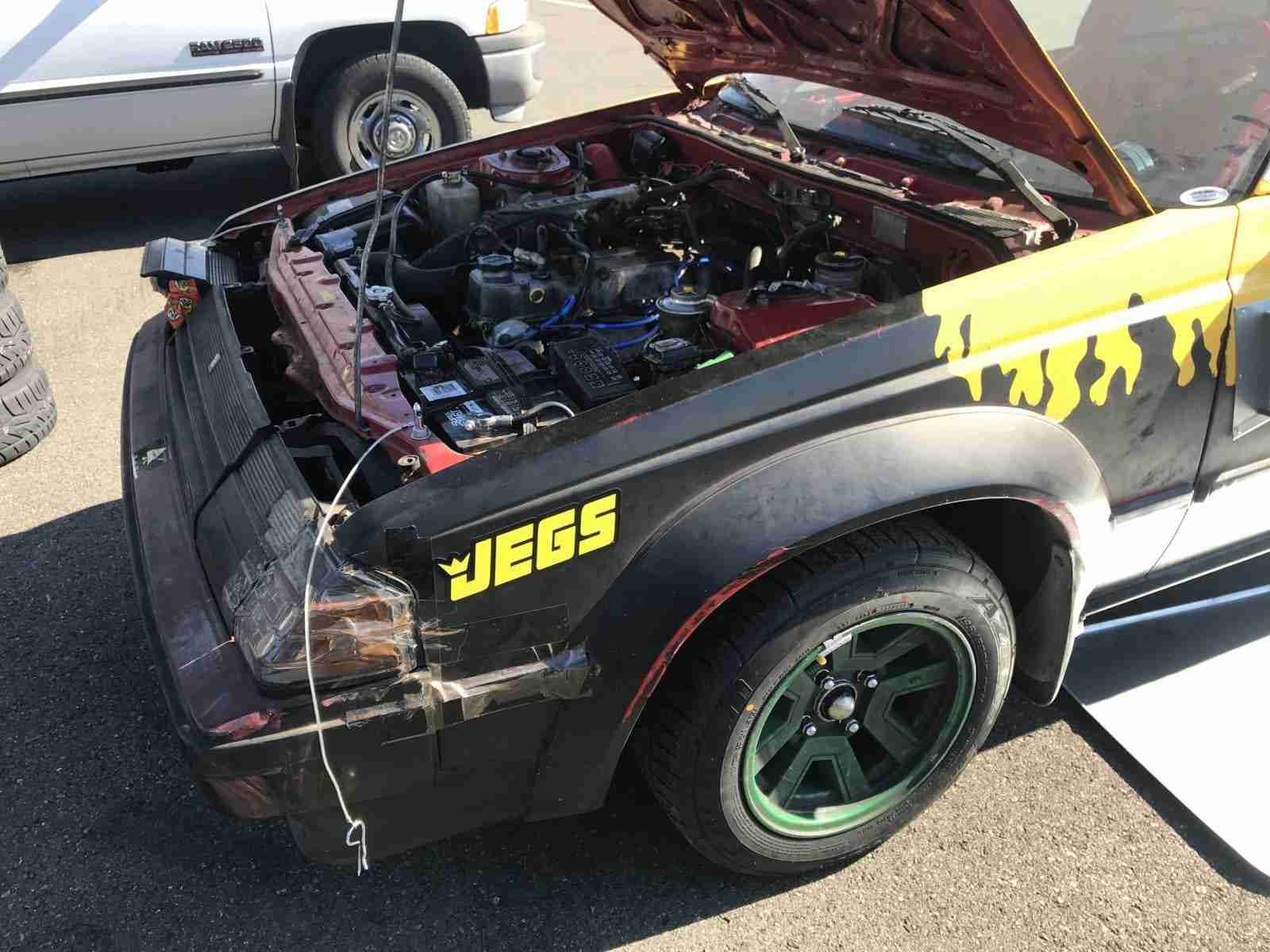 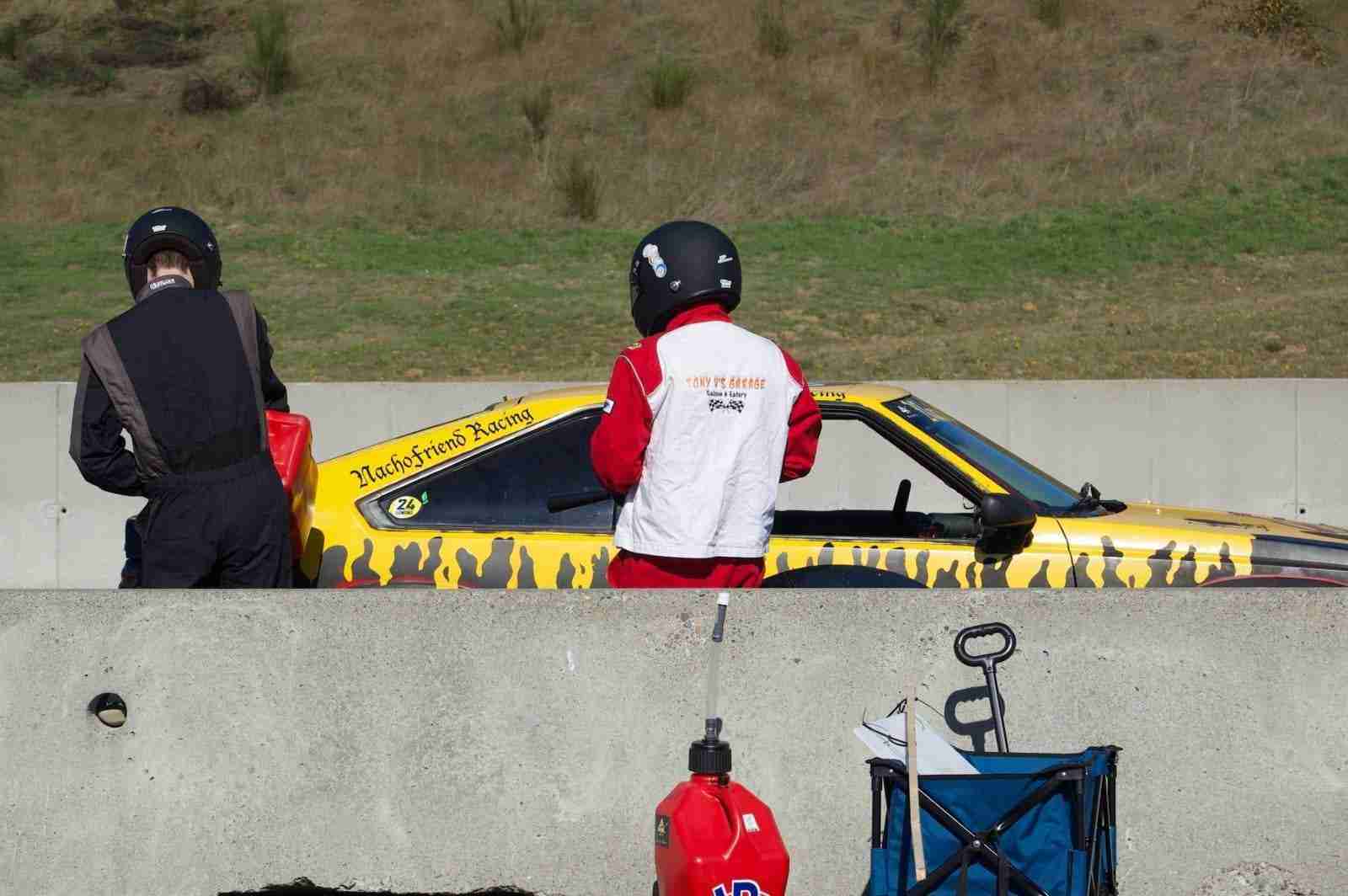