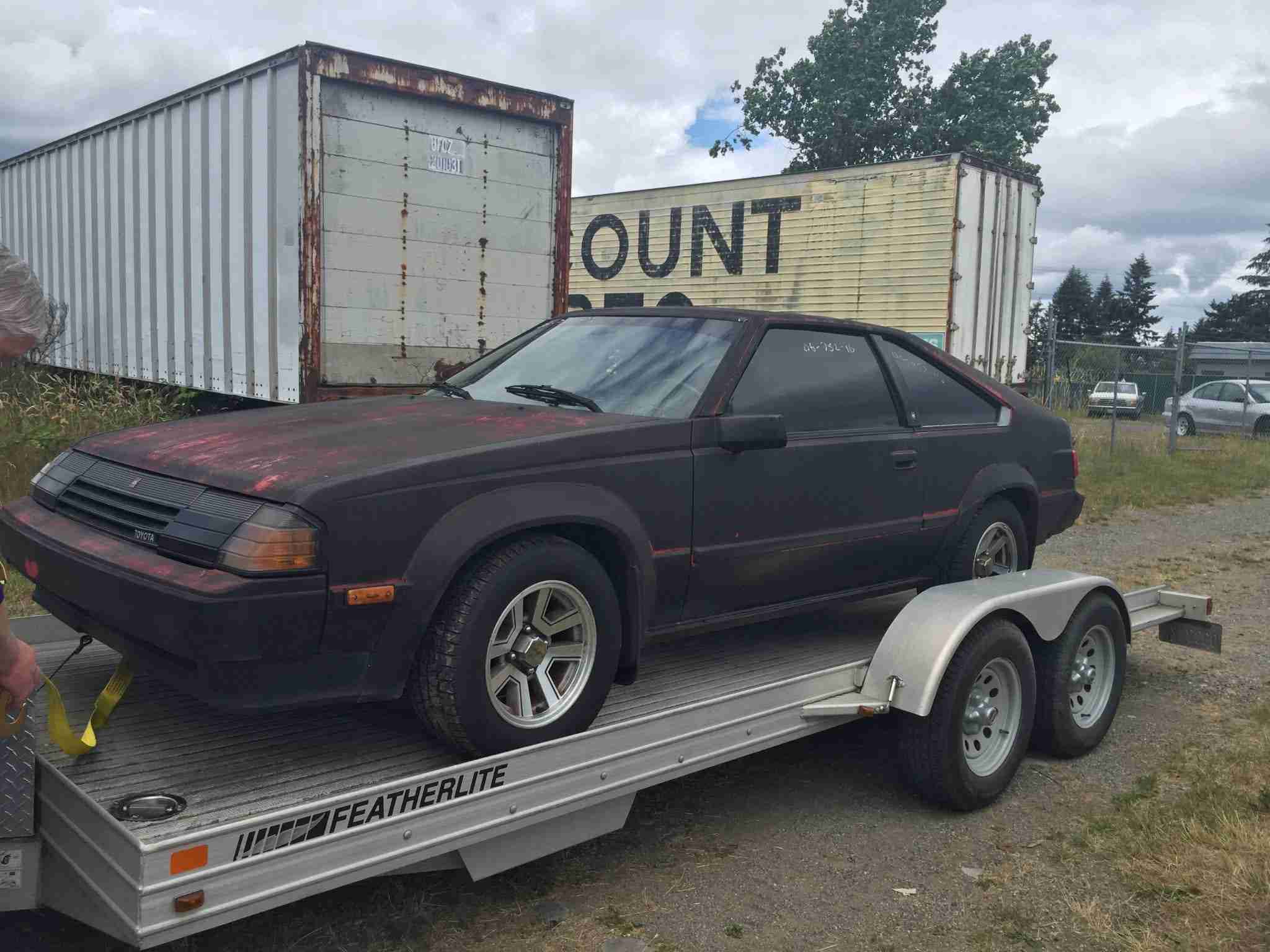 In the first part of this series, here, I detailed how this whole LeMons thing came about. In part two, we’ll look at the selection of our NachoFriend racing car and how we filled out our team roster.

Upon our return from vacation, we were notified that the 24 Hours of LeMons had accepted our application to participate in the race in Shelton, Washington at The Ridge Motorsports Park. My first order of business was to select a car with which to participate in the Northworst Grand Prix. Our team, then consisting of me, my wife, my dad, and our 26 and 17 year old sons, agreed that a manual transmission and rear wheel drive car would be ideal. All of our drivers were proficient at, and preferred, shifting on their own. Only the 26 year old had any experience with front wheel drive cars, and he wrapped that one around a telephone pole. Do you know how much it costs to replace a telephone pole? I do!

I surfed craigslist with my criteria and came up with a few candidates right away. There was a Fiero, 280ZX and an ’85 Celica that needed a radiator and timing chain. I had the day after Independence Day off, so I fired up the Corvette and headed down to a town called Yelm, about two hours south of Seattle (with the traffic on this July 5) to look at a Celica.

Upon arrival at the wrecking yard, I met a friendly tow truck driver, Dave, who offered to show me the Celica. It was a 1985 GTS with independent rear suspension, four wheel disc brakes and a 2.4 liter 22RE straight four, fuel injected engine. The body was straight with no rust visible. The interior was in mostly good condition, which would help offset the cost of the car and improvements. Dave hooked up some jumper cables to the battery, grabbed the key (the key was from a Chevy and apparently if you jiggled it enough, it worked) and the Celica fired right up. I immediately noticed that the timing chain tensioner was shot, as the rattling from the front of the engine competed with the rasp of the exhaust (thanks to a giant hole in the muffler) to see which broken component could make the most noise. The muffler just edged out the chain. I jumped in the driver’s seat, put the car in gear and let out the clutch to make sure it would move, and it did.

I struck a deal for $750 for the Celica, and returned later in the week with Dad, the 17 year old son, 12 year old daughter and a trailer. She dubbed the car “Cecilia” and piloted the vehicle while we loaded it on to the trailer. We had ourselves a car, which I would later discover was the lowest hurdle we would encounter.

With a race car secured, I decided our team could use a couple more drivers. LeMons teams are allowed six drivers and we stood at four. Our approach to our LeMons team was “funny wins”, so we decided to choose two team members who might amuse us, rather than drivers who might set record lap times or mechanics who could unleash an extra 50 horsepower with a paper clip. As it so happens, these team members lived right in our neighborhood, and both accepted our invitation.

I give you our NachoFriend lineup…

Me: Solid mechanical abilities. Limited competition experience consisting mostly of carting and autocross, with a day’s stint in a Formula 3 car at Sonoma.

Wife: Amazing singing abilities when accompanied by a loud stereo at speed. Solid driver with no competition experience, but she learned to drive on a manual transmission. If she chose to, I believe she would be a good mechanic but in real life she has no desire to ever turn a wrench. She goes to full service gas stations.

26 year old son: Excellent driver with carting experience and some training. Most of his driving life has been spent in manual transmission cars. As a mechanic he is experienced and skilled.

17 year old son: Good driver whose carting skills should translate to LeMons. The only car he’s ever had has a manual transmission. Good, young mechanic who, like the 26 year old, can weld.

Neighbor Ken: Ken has a Nissan Leaf, which runs on electricity. He is enthusiastic about his Leaf, thus making him a car enthusiast, which is good enough for NachoFriend. Most importantly, we all like Ken and his family (wife and two sons), so we expected Ken to be a solid addition to the team.

Neighbor Kevin: Kevin and his family are also a neighbors. Kevin can drive a manual transmission and lets us sit on his back deck to drink wine while he gives us meat that he has smoked. This behavior should be rewarded, so Kevin was offered a seat in the Celica. Also of benefit – our daughter really enjoys hanging out with his daughter, so everyone wins.

Things were looking up. We had a car. We had a team. Now to get the car ready for the track, as detailed in part three.